We have recently open sourced Cleora — an ultra fast vertex embedding tool for graphs & hypergraphs. Cleora can ingest any categorical, relational data and turn it into vector embeddings of entities. It is extremely fast, while offering very competitive quality of results. In fact, for reasons outlined below, it may be the fastest hypergraph embedding tool possible in practice.

Now, we publish the Cleora whitepaper on arXiv for all to read. The whitepaper offers a peek into the inner workings of the algorithm, as well as some interesting benchmarks.

We’ve been using Cleora in production at Synerise for a few years now, handling terabytes of data for our customers. It has evolved from a script version written in Python & Numpy, went through a concurrent Scala implementation on the JVM, and now has reached maturity with a highly optimized version written in Rust.

Is there a hypergraph in your data? (Yes)

Not many people realize that hypergraphs are ubiquitous. If you have at least one relational table with 2 categorical columns, you indeed have a graph and 2 hypergraphs!

Let’s take a very simple example of a relational table:

It can be represented as a graph, with vertices (John, Mary, Xavier, A, B, C) as follows:

But there are hypergraphs lurking in this graph! Let’s treat Customers as generalized edges instead, and see what happens: 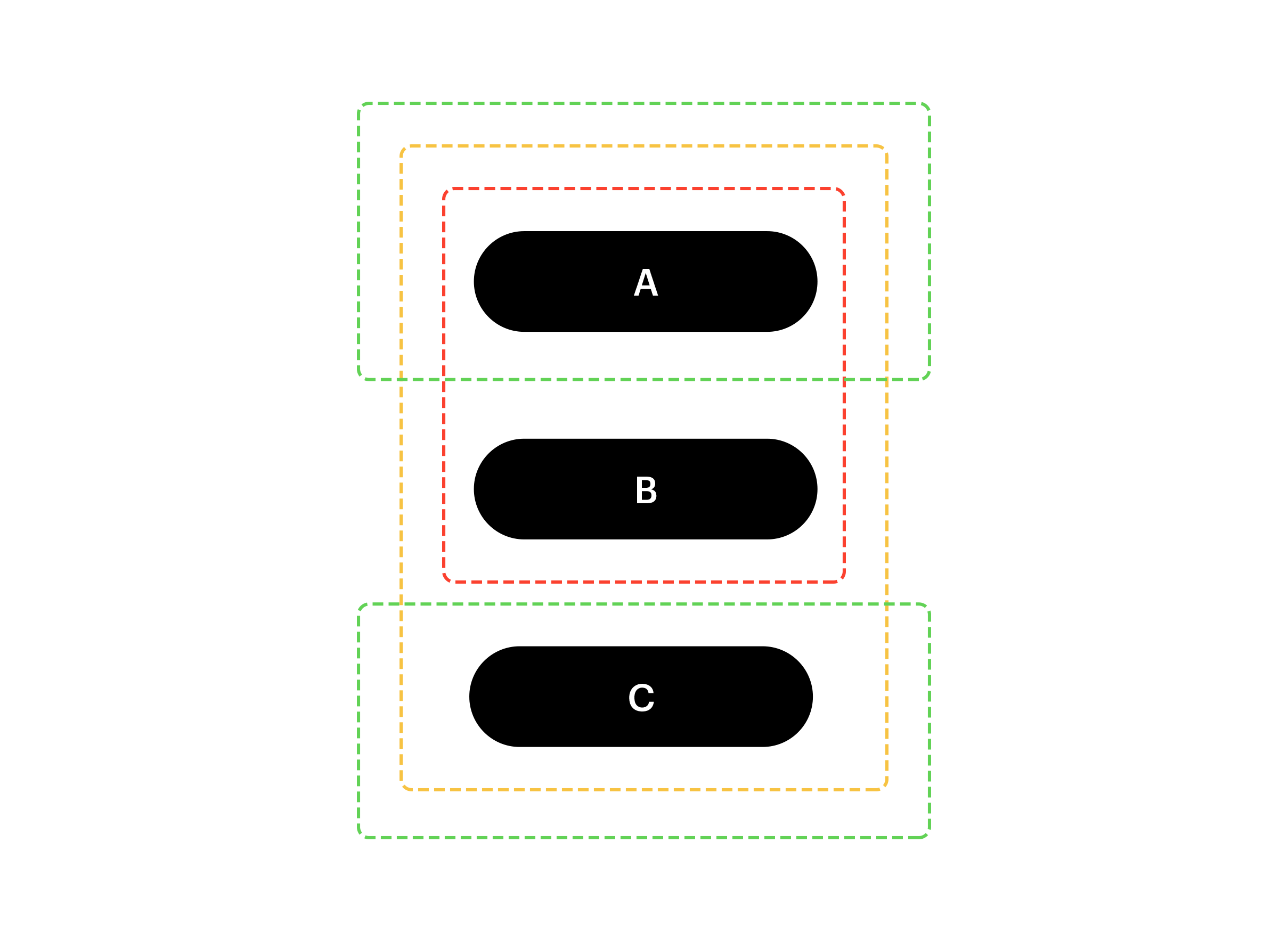 What we did here is — we’ve taken Products (A, B, C) as vertices, and treated Customers (John, Mary, Xavier) as hyperedges. We can think of this as a simple “group by” operation, where we group the Products by the Customers. It may be easier to visualize the hyperedges in the actual table: 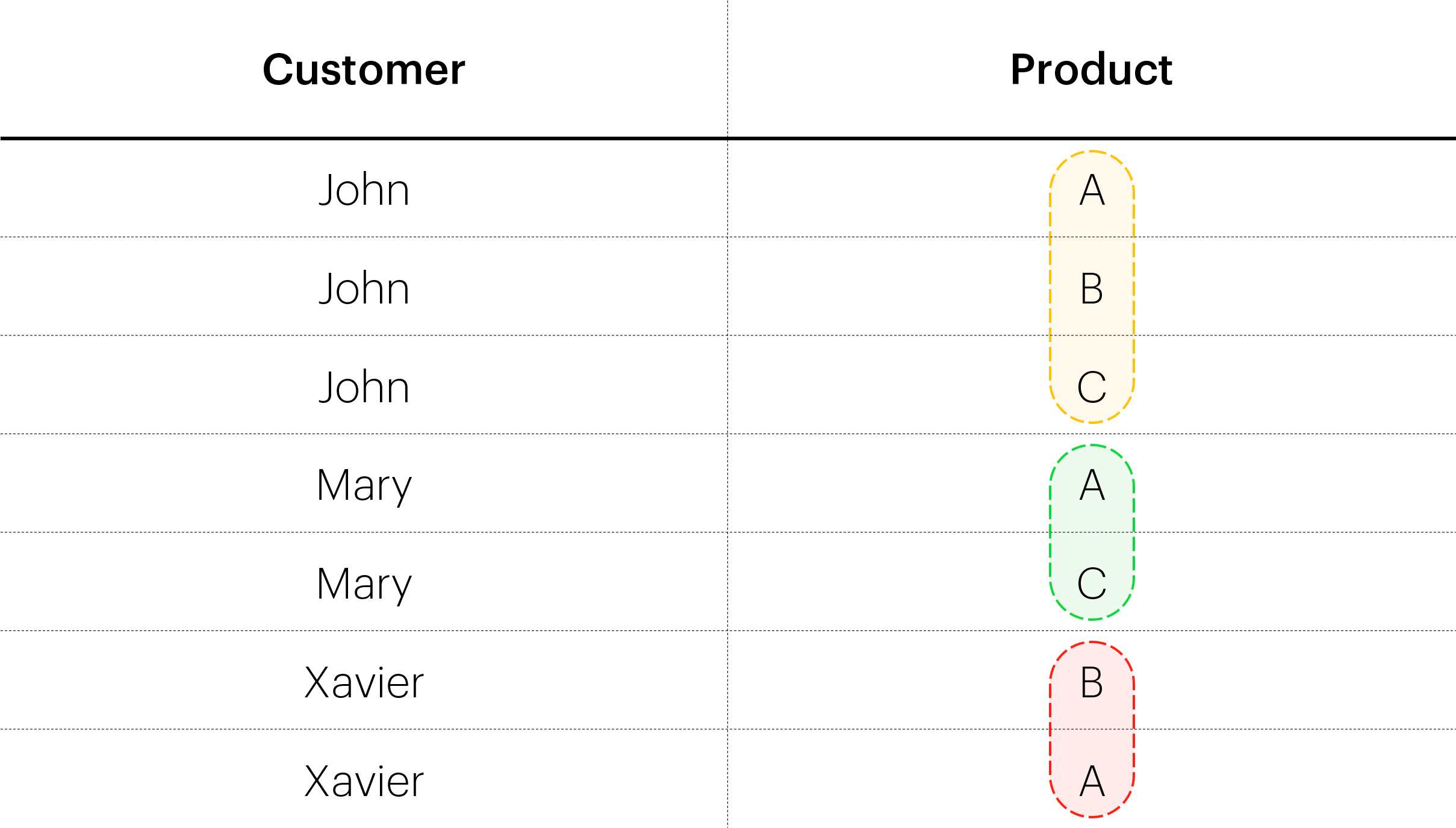 So we have 3 hyperedges: (A, B, C), (A, C), and (B, A). Notice the first hyperedge has cardinality 3 — it spans 3 different vertices. That’s the hyperpart in a hypergraph — edges can span more than 2 vertices. We could have done the grouping the other way around (group Customers by Products), which would result in yet another hypergraph.

Why are hypergraphs more useful than graphs?

The graph format is extremely limited, allowing only for links between 2 entities. On the other hand, hypergraphs allow us to represent bigger relations.

For instance datasets of shopping baskets or user’s online sessions form natural hypergraphs. All the products in a shopping basket are together bound by the relation of belonging to a single basket. All the items viewed during an online session, are strongly coupled as well. And the number of items in both can be significantly larger than 2. Hence, a single basket is a hyperedge.

We have empirically confirmed that the hypergraph approach works much better than graphs for product embeddings, website embeddings & other similar data. It’s more expressive and captures the underlying data generating process better.

The good thing about Cleora is that it can handle both simple graphs and hypergraphs seamlessly, to produce entity embeddings!

What’s so special about Cleora?

In addition to native support for hypergraphs, a few things make Cleora stand out from the crowd of vertex-embedding models:

All of the above properties are either missing or impossible to achieve when using other methods.

How is such efficiency even possible?

There are 2 major kinds of vertex embedding methods. We unify & simplify both.

One large class of vertex embedding methods is based on random walks. These approaches take the input graph, and stochastically generate “paths” (sequences of vertices) from a random walk on the graph. As if a bug was hopping from one vertex to another, along the edges. They are trained with stochastic gradient descent applied to various objectives, most of them similar to skip-gram or CBOW known from word2vec and can differ slightly in how the random walks are defined.

The other large class is based on Graph Convolutional Networks. These models treat the graph as an adjacency matrix, define a “neighborhood mixing” operator called a graph convolution and some non-linearities in between. They can be trained with SGD applied to various objectives as well. 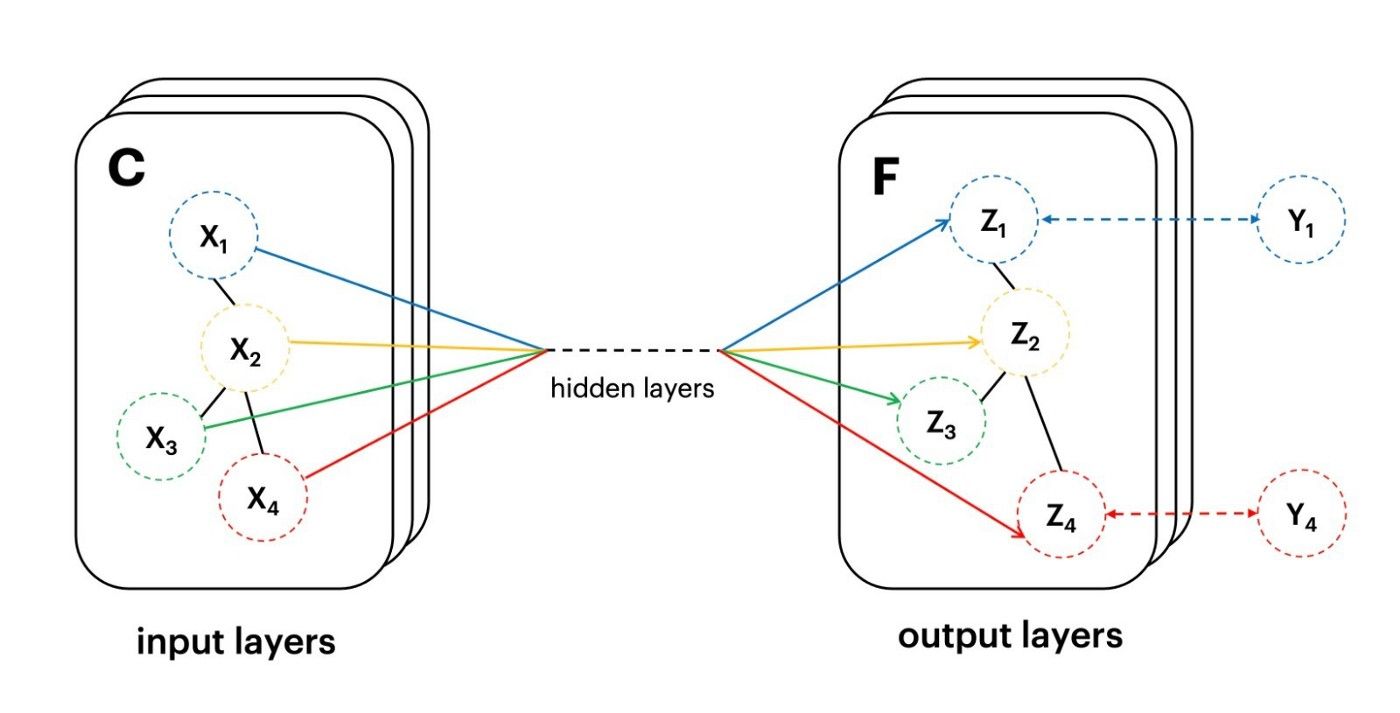 Cleora combines both intuitions into a simple solution. Instead of sampling individual random walks from a graph, it represents the graph with its random walk as a Markov transition matrix. Multiplication of vertex embeddings by this matrix allows us to perform all the possible random walks in parallel, in a fully deterministic way — with one large step.

During our work with Graph Convolutional Networks, we have noticed that contrary to our intuition, the effect imposed by non-linearities & dense layers in between convolutions is not increasing expressive power, but rather normalizing and stabilizing the embeddings. Graph convolutions perform a neighborhood smoothing operation, and for our purposes, everything else is redundant.

Once we strip all learnable parameters from a Graph Convolutional Network, all that remains is iterative matrix multiplication. Smoothing alone can be performed precisely by iterative multiplication with a Markov Transition Matrix. The problem with such stochastic matrices is that for all non-trivial cases, their determinant is less than 1. This implies all the eigenvalues to be smaller than 1 as well — and under iterative multiplication would cause the norms of embedding vectors to vanish exponentially quickly.

To solve the vanishing norm problem, we re-normalize our embeddings after every iteration, projecting them onto a unit sphere.

This way we achieve Cleora’s signature spherical embeddings, with random initialization, simple (sparse) matrix multiplication, zero learning and zero optimization. You really can’t get much faster than this, without intentionally discarding some input data.

Given T — the embedding vectors, and M — the Markov transition matrix, we have:

That’s it. All it does is iterative neighborhood smoothing & re-normalization. And apparently that’s enough for high quality vertex embeddings.

What about determinism and stability? Nobody else has that!

A common problem with vector embeddings is that:

All other methods perform some kind of stochastic optimization, and have some randomly-initialized parameters to be learned. Cleora doesn’t have any stochasticity whatsoever.

Given the perfect determinism and lack of learnable parameters of the algorithm itself, it suffices to initialize the embedding vectors in a deterministic way. Deterministic embedding vector initialization can be achieved using independent pseudo-random hash functions (we chose xxhash). Mapping a vertex label to an integer hashcode, and mapping the integer to a floating point number in the range of (-1, 1), gives a Uniform(-1, 1) distribution used in the paper. One can repeat with N different seeds, to get a vector of length N.

In principle, one could also easily perform Gaussian (and other) initialization this way, plugging in the U(-1,1) samples into the desired inverse cumulative distribution function. Using other distributions did not help Cleora, but it’s a nice hack to be aware of.

So, why is it written in Rust?

The final Rust implementation is hyper-optimized for:

It works just as it should.

We’re using Cleora in our products, but we have also successfully applied Cleora (as one component of a larger stack) in ML competitions, such as the recent Booking.com Data Challenge, where we took 2nd place, narrowly beaten by the Nvidia team.

The goal of Booking Data Challenge was stated as:

Use a dataset based on millions of real anonymized accommodation reservations to come up with a strategy for making the best recommendation for their next destination in real-time.

A short while back, we have also applied Cleora & taken 1st place at Rakuten Data Challenge 2020 in the category of Cross-Modal Retrieval.

The goal of Rakuten Data Challenge was stated as:

Given an held-out test set of product items with their titles and (possibly empty) descriptions, predict the best image from among a set of test images that correspond to the products in the test set

We feel Cleora is a tool worth sharing. So check out the paper, take a look into our github repo and calculate some embeddings!

And if you’re in the mood to contribute to an open-source project, Cleora could be extended with deterministic initialization from vertex attributes / feature vectors (e.g. via deterministic random projections).